Self-employment is a challenge and responsibility, sometimes undertaken by choice and sometimes by necessity. Self-employment means more taxes, fewer rights and no representation. A self-employed person is an entrepreneur who works like an employee, but does not have employee protection. The situation of the self-employed is exploited by large corporations and the omnipotent predatory state.

The wBREw trade union is a union of self-employed people from many industries and of many backgrounds, with diverse worldviews. wBREw represents their interests against the strong who do not want dialogue or agreement. The self-employed at wBREw are united by the certainty that every piece of work has value, that dignity cannot be bought and that a Good State is a community of those who combine freedom with responsibility.

We stand guard of dignity and law, and a Good State is our Right.

Many of the little ones will prevail against the big ones, against all odds (Polish: wBREw wszelkim przeciwnościom).

The Union is called: „wBREw” National Trade Union of the Self-Employed, in short: OZZS „wBREw”, hereinafter referred to as the Union.

Objectives and Tasks of the Union

The objectives of the Union are in particular:

The Union aims to achieve its objectives by, inter alia: 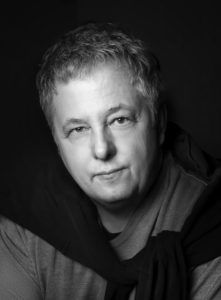